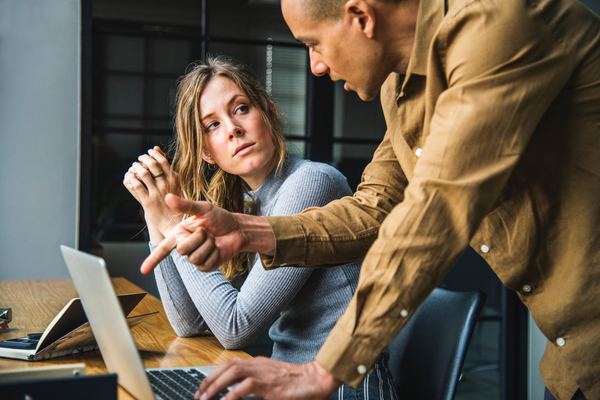 Financially savvy people are an interesting breed to say the least. Most would assume that what sets them apart from the average person is their snappy rhetoric, aptitude for math, and general air of luxury. My company helps entrepreneurs manage and grow their finances for a living. Throughout my career, I’ve learned that quickly identifying a financially savvy entrepreneur is not as easy as you’d think. They do possess several common traits, but they are not necessarily what someone would expect. It’s not the same as identifying a salesman or school teacher.

In my experience, entrepreneurs with a heightened understanding of financial success tend to present their strengths through habits that are more peculiar than obvious. These aren’t the kind of habits that clearly say “I know how to make money and support my business.”

A great deal of my company’s clients are relatively new entrepreneurs who are taking their first steps towards expansion. They might be securing their first office space or building their first full-sized team. Sounds like a brand new business, right? Nope. In many cases, the business has been open for a number of years and has reaped massive financial benefits from their extremely low overhead. Office space is notoriously expensive, so the entrepreneurs work out of their homes for as long as possible, even if that means storing inventory in their own living rooms. They’ll outsource vital services like executive assistance or web development to Asia because it’s that much cheaper.

This mentality leaks into their personal lives as well. I’ve met entrepreneurs who make plenty of money but don’t wear formal clothing or own fancy cars.

Selective frugality is often the first trait I notice in financially savvy entrepreneurs. The key word here, however, is “selective.” These entrepreneurs are well aware that certain business expenses cannot be skimped on and would never underpay a valued employee. New entrepreneurs should remember that it’s okay to be frugal but only in areas that will not inhibit their potential for growth.

This trait goes hand in hand with the previous section. Financially savvy entrepreneurs frequently prioritize savings over their own comfort or convenience. Giving directions over instant messaging takes more time and energy than speaking to someone face to face, but the savings might be too advantageous to dismiss. The same concept applies to sharing a workspace with another company, or driving an hour to purchase materials on a weeknight instead of paying steep shipping costs. One of my entrepreneur friends was recently telling me about an incredibly cheap flight he took for a European vacation. The fact that the seats had no entertainment screens and there was no in-flight meal apparently didn’t matter. No wonder his company does so well!

I wish finance firms and professionals were more upfront about the relationship between savings and convenience. Financially savvy entrepreneurs often attribute their success to thinking twice before automatically taking the traditional path, especially in regards to expenses. If taking the alternative, significantly cheaper path won’t make them miserable or impede their productivity, why should they overspend like everyone else?

Anyone who prioritizes financial security is future-oriented. They make sacrifices now that will most likely reward them handsomely later on. With financially savvy entrepreneurs, those sacrifices can be quite expensive, and there’s no guarantee that they will pay off. Examples might include a series of data-geared software tools, business development specialists, or mass marketing campaigns. None of these things generate revenue directly. Their primary purpose is to obtain resources that, in the eyes of the entrepreneur, will eventually become dramatically more valuable to their competitors. Much like venture capitalists or real estate agents, financially savvy entrepreneurs have clear visions of their industry’s progression, and they invest accordingly.

All entrepreneurs want to make more money. But unless you’re swimming in working capital, there’s only so much you can do to maximize revenue at this moment. Financially savvy entrepreneurs have accepted that in order to make the biggest gains, they must focus on the future as well as the present. So, if you want to get a leg up on your competition, put more thought into where your industry will be in the coming years and see if current data matches up.

It’s more about values than intelligence

As you can see, none of the items on this list are related to technical knowledge or numerical wizardry. It’s really just a few small differences in personality that separate the average entrepreneur from the financially savvy one. Applying these fairly uncomplicated principles to your personal and professional life will allow you to make better financial decisions and in turn, bring you much closer to your long-term goals.

Jared Weitz is the founder and CEO of United Capital Source Inc, a business loan marketplace.

7 Reasons to Apply for a Business Loan

Guest Post by Matt Shealy As a business owner, you know your company can have ups and downs as consumers spend freely o...

4 Ways a Loan Can Expand Your Business

Guest Post by Rebecca Lake Running a small business doesn't necessarily mean staying small. At some point, you might dec...