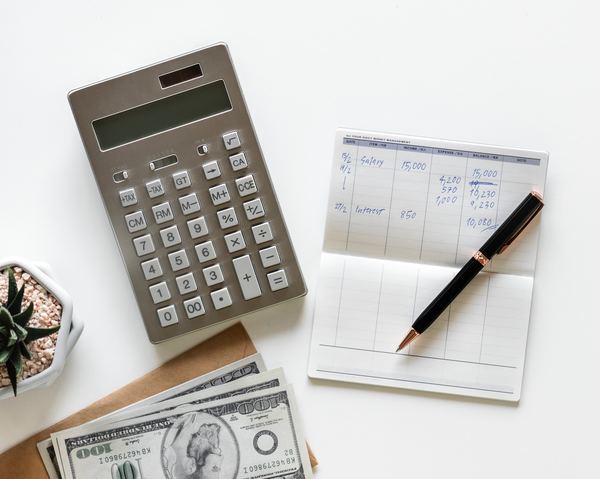 In science, a catalyst is described as “a substance that speeds up a chemical reaction, but that itself is not consumed by that reaction.” In the world of business, the term operates in much the same way, describing a fundamental change in an organization that wouldn’t have occurred had one key element not been present.

It takes a while for your average business owner to realize that the catalyst that inspired them to start their own enterprise in the first place is often not the same one that will empower it to find stability and lasting success. The former is what makes them get out of bed in the morning – that “quality” that was missing from a marketplace that they themselves know they can provide. The latter is often something totally different – especially when it comes to the accounting side of an organization.

If you’re looking for a catalyst that can help you not only find that level of success but that can also enable you to transform your finances along the way, there’s one option that is certainly worth looking into: a book called Profit First written by Mike Michalowicz.

Dubbed by the author as a way to “transform your business from a cash-eating monster to a money-making machine,” it can very well act as the catalyst that allows you to grow faster and stronger as a business.

In a larger sense, it’s perhaps ideal to look at Profit First as “a new perspective” on an age-old accounting formula. Generally speaking, most entrepreneurs operate on the idea that if you subtract your expenses from your sales, the number you arrive at is ultimately the level of profit that your business is bringing in.

Michalowicz argues that this is not only counterintuitive to human behavior, but it’s actually a full-fledged myth — and one that locks your company into a never-ending cycle of “selling more and profiting less.”

In the book, Michalowicz suggests an alternative formula:

By subtracting your profit from your sales, the number you arrive at therefore represents the actual amount of money you should be spending in terms of expenses. His theory is that this not only forces you to innovate, but it’s also a viable way to support sustained growth and skyrocket your profits at the same time.

Going beyond this literal formula, Michalowicz expanded on the ideas contained in his book in the Nextiva blog. He said that one of the key takeaways — and one of the things he hopes Profit First inspires people to do — is to cut costs whenever possible. He indicated that he regularly hears from readers who always thought they’d minimized all of their expenses prior to reading the book. But then, when confronted with this bold new mentality, they came to the conclusion that there was always more that could be cut.

Michalowicz also said that he sets aside time at the end of each year to take a look at recurring expenses, in particular, and anything else he’s paying each month without really thinking twice about it. The more you can reduce your expenses, the more you can increase your profit — which is ultimately what can be the most transformative for your business.

Some of his readers worked hard to increase the percentage of their revenue that they considered to be their business’s profit. Others worked on increasing those profit margins as high as possible, usually by landing more profitable new clients. Regardless of the actual technique you use, the core goal remains the same – by making yourself aware of your goals and by keeping them at the front of your mind, you therefore place the priority on profit where it belongs.

All told, Profit First is seen by many as a viable way to shake entrepreneurs out of the mentality that “all expenses are unavoidable.” Most new business owners, in particular, tell themselves that they naturally have a handle on their expenses, and that “if they didn’t need to spend money on something, they obviously wouldn’t.”

But very rarely is this actually the case, often through no fault of their own. In a large number of situations, expenses can be avoided, eliminated, or even delayed indefinitely. This isn’t necessarily a fun process, and, for many, it can be uncomfortable. It can also mean that you’re not immediately spending money on those things that will make your business grow — which can, at first, seem counterintuitive.

But this new approach is actually incredibly growth-friendly, albeit not in the way most people are expecting. Instead of sacrificing in the now for short-term gains that may or may not evaporate, you’re investing in long-term benefits that will absolutely stand the test of time.

It also helps ensure you have a “profit cushion.” This avoids the trap that a lot of entrepreneurs fall into in which they pour every last dollar back into the business, thinking it will help them grow. In reality, all it does is make sure that they won’t be financially prepared for any unexpected disaster lurking just over the horizon.

It’s essential to note, however, that Profit First was not designed to replace the need for accounting. Instead, experts agree that it’s a viable way to handle one of the most pivotal topics in any business: cash-flow management. When you consider that most of the small businesses that prematurely close their doors do so due to cash-flow-related issues, it’s easy to see why such a drastic new perspective may be welcomed by both fresh entrepreneurs and seasoned veterans alike.

As always, it’s important to keep in mind that there is no “one right way” to run a business — especially as far as finance is concerned. Every organization is unique, all operating under different conditions and with different goals in mind. Therefore, following the Profit First formula may not actually be the right path in your situation — and the only person who can decide that is you.

Nobody can honestly tell you that this (or anything else, for that matter) is the “one key ingredient you’ve been missing” to unlock higher revenue because no such thing actually exists. Don’t ever let anyone tell you otherwise — at least, not with certainty.

However, there are many business owners who have spent a tremendous amount of time and effort getting on their feet and are now looking for that one core element to “take things to the next level.” For them, Profit First may be a way to transform their finances and find stability and long-lasting success, while empowering them to grow faster and stronger as a business as well.

These advantages alone make the concepts of Profit First, at the very least, worth looking into within the context of your own situation.

Lee Reams II is the CEO and founder of CountingWorks and TaxBuzz. His major goal in building these brands is to help more individuals and business owners create their ideal financial future with the help of five-star rated tax and accounting pros.

7 Reasons to Apply for a Business Loan

Guest Post by Matt Shealy As a business owner, you know your company can have ups and downs as consumers spend freely o...

4 Ways a Loan Can Expand Your Business

Guest Post by Rebecca Lake Running a small business doesn't necessarily mean staying small. At some point, you might dec...