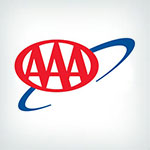 Loya Insurance offers both liability and comprehensive coverage to their customers. They are focused upon keeping their prices lower than their competition. Coverage limits vary greatly, based upon state laws and minimums. Interested prospective clients are encouraged to contact a local agent for specifics on which coverages are available in their state.
thumb_down

Loya has not disclosed pricing information.

After being alerted to some issues with Loya's website quote system delivering strange results, the Review Team investigated and was able to confirm that there are some concerns which merit mentioning. Prospective customers report that when trying to obtain an online quote that information for other unknown parties was given with an unknown VIN number, address and telephone number. In this time of identity theft and fraud, our experts worked diligently in attempts to replicate this serious potential breach in privacy. While not being able to receive this information for each attempt, there was one reported instance of information being delivered which included the family members of a Reviewer living at an address which they had never had a residence, mistakes (misspellings) of these names and the current VIN number of their vehicle being reported, which had never even been registered in the state that the company reported. When contacting the company, they were dismissed by representatives saying that all of their information is obtained from public databases which are used by all insurance companies, and the problem was with this source, rather than with the company. Attempts to replicate these errors with other companies were unsuccessful.

Loya Insurance does not publish any of their available discounts online, and the Review Team was unable to obtain information from an agent, about the specific available discounts from the company. Attempts by the Review Team to receive information were not returned by the company, which reinforces customer complaints about the quality of customer service at Loya Insurance.

Customers must contact an agent over the telephone to file a new claim or to learn of the status of an existing claim. Many of the top companies offer online filing and tracking of claims, which is more convenient for their client base. There are numerous reports online from those who have had their claims denied by Loya Insurance Group, mostly occurring in the event of a non-policyholder attempting to receive compensation for damages caused by a Loya policyholder. Additionally, there are reports of poor customer service with the claims department, with calls going for several days without being returned by an adjuster.
gavel

Loya Insurance is not the most ideal provider for automobile insurance due to the various missing features in coverage, lack of information about available discounts, reports of poor customer service, and the privacy concerns which were discovered and confirmed during the writing of this review. The company does not disclose pricing or available discounts without significant personal information being offered by prospective insureds, and the apparent issues with identity security are a significant concern.
Was this content helpful?
thumb_up Yes thumb_down No
border_color Write a Review

arrow_drop_down
info

Be the first to leave a review.