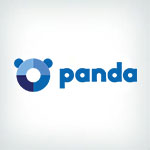 star star star star star
2 User Reviews
Compare
Compare
Good
Bad
Bottom Line
Reviews
Write a Review
LAST UPDATED: December 28th, 2020
Panda Security was founded as Panda Software in 1990 in Spain. The company's first focus was on antivirus software but that has expanded to include a whole spectrum of computer security technologies, including advanced firewall, spam and spyware detection, and cybercrime prevention technology. Many consider Panda Security to be an innovative company, thanks to its development of the SaaS (Security as a Service) concept and cloud computing. Panda is best known for its unique cloud security system, which was introduced in 2007 and launched in 2009. 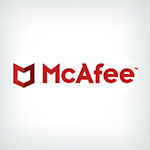 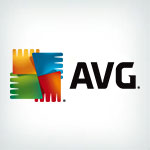 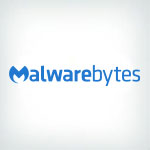 Most importantly, Panda covers all of the necessary bases in internet security. Complete with anti-spyware, firewall, social protection, financial identity protection, and anti-spam-with test results to prove its effectiveness in detecting threats-Panda will keep your computer safe. And they offer internet security coverage for a wide range of devices, not just PCs. Panda's antivirus products are compatible with Windows, MAC, and android devices, including smartphones, tablets, and smartTVs. iPads, iPhones, and iPod touches can all be scanned when connected to a MAC that has Panda Security installed. A great addition is the file storing and sharing feature in Panda's Gold package, which gives users 20 GB of space to synchronize photos, videos, and other documents across all of their devices. There are advantages to using protection from a cloud versus from software that runs from your individual computer. The collective intelligence security model utilized by Panda allows for a huge database of virus information to be continuously honed and updated. Each time users come across threats on the internet, they are effortlessly contributing to this database while being protected by the antivirus. Plus, the impact on your PC's speed is supposed to be minimal. Whereas other antivirus software must be manually updated to keep up with the new malware that pops up over time, the cloud-based protection is always kept current.

There's nothing lacking as far as security features go, but some customers might be hesitant to try out this relatively new form of antivirus protection. Though the cloud's performance has been tested and approved by professionals and everyday users, there's never a guarantee that your device-or even a security product-won't be compromised by new, digital malicious tactics that are appearing every day.
gavel

Panda Security products are highly recommended for consideration, by virtue of the security they offer and the variety of systems and devices they accommodate.
Was this content helpful?
thumb_up Yes thumb_down No
border_color Write a Review

It's actually the best AV I've ever tried!