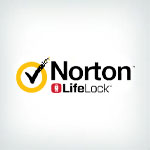 In 1991, after NortonLifeLock acquired Peter Norton Computing, the company launched Norton Antivirus as prevention for the hundreds of foreign virus strains and PC malware that were becoming more and more common. NortonLifeLock's antivirus products have further developed to include malware prevention and removal, anti-spam, anti-phishing, and PC tune-up tools, among other services offered.

Independent IT test AV-Test has found NortonLifeLock antivirus to successfully protect against most viruses, worms, and Trojan horses.

NortonLifeLock's coverage includes extensive web protection, frequent virus definition updates, a Facebook threat scanner, and a community reputation database. Whereas some antivirus products idle when the PC isn't in use, Norton is continually on guard with updates. Norton's app remediation removes threats from Windows 8 apps and the Power Eraser download can find and remove infections on your PC. Another perk is an automatic backup feature, which automatically backs up important files to disc, USB device, or online.

Norton 360 users have full access to Norton Family-one of the most comprehensive parental control products on the market.

Norton Cloud Backup, Parental Controls, and SafeCam features are only available on Windows.

NortonLifeLock offers a variety of virus protection options for PCs, Macs, tablets, and smartphones and the Norton product line has a loyal customer base. Plus, NortonLifeLock now comes with Identity Theft Protection and VPN for online privacy and enhanced security for all your devices.

Hello Ninfa, Thank you for posting your review. We appreciate you sharing your thoughts about the product and we’re happy to hear that you are satisfied with Norton LifeLock. Thank you for choosing Norton LifeLock, if at any time you need additional support with your product please feel free to reach out to us www.norton.com/contactcs and we will be more than happy to assist you. Raj Norton LifeLock Member Services & Support

They have done a good job of protecting our computers. Especially on the kid laptop. They tend to go on sites that attract that junk but we haven't had any problems.

Worked just fine however it was impossible to get off my computer after my subscription was up. Very annoying

Sorry about the delay in getting back to you. Are you still having any trouble in removing your Norton? If so, let us know here or contact our support at: www.norton.com/contactcs. We will be more than happy to help. Raj Norton LifeLock Member Services & Support

This service is nice. It has procteted my computer. i appreciate the ease of use. Sometimes it tries to update more than I would like.

Thank you for posting your review. We appreciate you sharing your thoughts about the product and we’re happy to hear that you are satisfied with Norton LifeLock. Thank you for choosing Norton LifeLock, if at any time you need additional support with your product please feel free to reach out to us www.norton.com/contactcs and we will be more than happy to assist you. Raj Norton LifeLock Member Services & Support

I like to use Norton for my antivirus needs. They provide you with automatic updates and they are easy to install. It really helps to protect your hardware.

The Norton software always takes care of things on my computer. I have never had a virus and it always notifies me when there is an action I need to take. Great product!

Norton is the Anti Virus software that I have on my computer right now and it has run perfectly and since I have never had a problem, has done the trick for me.

This service is hard to use and slows down your computer significantly. Very frustrating.

Norton has protected our family computers successfully for years. I like the family option that allows me to protect several computers for one price. The updates and scans run senselessly in the background without effecting function.

It came with my internet service and seems to do just fine.

I would highly recommend this product we have never had a problem with security!

Best Antivirus out there. If you have a question customer service is very friendly to help.

I use Norton on all my computers and have never had a problem with the security of my computer.

I have been a Norton customer for about 10 years. Every single year they have tried to increase the amount of money I pay for their services for the exact same services. I have been able to call them every single time this happens and they have lowered it back to the original price, but it has been very annoying to deal with.

Symantec used to be a market leader, but is now a lagger. The whitelisting approach is outdated.

I use Norton and have never had any issues with the program. My computer is virus free.

I'm no computer expert, but I use Norton and I haven't had a virus yet.

I didn't get any viruses, so it worked. It kept me and my files safe from any malicious activity.

Somehow I ended up with 2 subscriptions and both keep automatically charging my credit card. Customer service seems to be having trouble merging these accounts

We used Norton security for our home computers for several years. As far as I know, the security they provided was adequate, but we stopped using them because their customer service and billing were so unethical. For example, the automatic renewal happened every year, even when we canceled it and spoke to them on the phone to confirm; it took multiple phone calls for them to actually solve the problem even after they said it was fixed. After canceling, they still billed us for a new year several times. Our experience was that they hoped customers wouldn't notice the renewal, even after they had a new computer security provider and that the billing could go on undetected.

Norton is supposed to protect your computer from viruses, but essentially is a virus in itself. It slows down your computer like Pepto Bismol slows the runs.

Great way to keep your computer and info safe

My son was the one to teach myself and his dad about how great Notion was to keep all our information safe and protected. We talked to Norton on the phone and they gladly and so friendly answered every question we had. We were wanting to make sure our son was really aware. He was right they were perfect, helpful, wanted to prove there the best or we could get our money back. We loved what we heard had nothing to lose. It was the Best experience ever!!!!

ITs good and its free.. but i tried to remove it.. and it was soo hard and complicated that i thought it was a virus.. maybe i did something wrong.. just a bad experience

I have used Norton for years and have never had any viruses , They have a good set up and when you buy the Product Key Cards near your current expiring account they work great and easy to install. I will continue on using Norton Products.

I've had Norton on my computers for sometime now and have no problem with viruses. I do wish their rates were a little lower though.