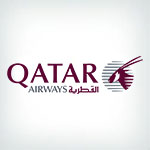 star star star star star
5 User Reviews
Good
Bad
Bottom Line
Reviews
Write a Review
LAST UPDATED: March 4th, 2020
Qatar Airways is a worldwide airline that provides their customers with a five star traveling experience. The airline has won many awards for the service they provide to their customers and they pride themselves on making travel a luxurious experience for all who use their airline.

Many airlines follow the same standards for their bag checking policies. Qatar Airways follows those standards and allows customers (depending on the route and cabin class) on average two bags weighing no more than seventy pounds each. Customers who wish to take more than the allotted baggage can purchase excess baggage on the Qatar Airways website, the city offices, airport ticketing offices, call centers, or even at the time of check-in at the airport itself. The cost of excess baggage ranges anywhere from forty to sixty dollars on average but Qatar Airways has a very well organized website that has an easy to read chart which displays all excess baggage fees clearly for all customers who are looking for that answer. Again, the baggage policy is fairly standard compared to other airline companies, but the excess baggage fees are slightly higher against the large name competition. Qatar Airways makes their boarding process as convenient as possible for their customers as part of their five-star service for their flights. Customers can check-in for their flight a number of different ways include online, through their mobile device, or at the airport itself. While they wait, Qatar Airways has lounge areas where customers can relax and enjoy the luxurious experience that is said to rival five-star hotels. Of course only the most popular destinations have these lounges though Qatar Airways does have detailed lounge information on each destination so customers can look up their travel plans and find what to expect as they wait for their flight. Compared to other companies, the boarding process with Qatar Airways is made to feel more comfortable and lavish than their competitors. Even big name airlines tend to rush the boarding process along and only have adequate waiting areas for their customers. Qatar Airways makes this time feel well spent when using their airways for destination plans. Although Qatar Airways is not as large of an airline company as some of the other more popular airlines, they do have quite a few destinations across the world. Over the last few years Qatar Airways has expanded their services to reach over one hundred and fifty destinations worldwide and they have plans to expand to even more locations in the near future. Their destinations include locations in the Americas, the Middle East, Africa, Asia Pacific, and Europe. Some of their top travel locations include; London, Dubai, Beirut, Cairo, New York, Singapore, Kuwait, and many more. Many of the locations Qatar Airways frequently travels to, are located in the Middle East as this is where the airline originates. When compared to other airline companies, Qatar Airways has an excellent track record for their daily flight schedules. They have an on-time performance summary of eighty-two percent according to Flightstats.com, which is average for the industry but still great news for their customers or for potential customers in knowing that most of their flights stay on a tight schedule. An important note for customers to consider is that when comparing twenty of Qatar Airways most active routes, most are located in the Middle East. Of those routes, the majority are on time. If they were delayed it was for a short amount of time, very few are canceled and none of the daily flights were diverted. As mentioned before, the quality of service is something that Qatar Airways puts great emphasis on and uses as a way to stand out from their competition. They work their hardest to provide customers flying with their airline five-star quality service in every aspect of the flight include and most importantly the in-flight service offered aboard Qatar Airways. Starting with the amount of room and amenities that are offered through the cabin classes, each customer is meant to feel as comfortable as possible throughout each flight. Qatar Airways also includes a meal plan aboard each flight that is prepared by two master chefs who have worked at providing the best cuisine in the sky. Qatar Airways also provides a shopping experience that allows customers to shop while flying through their system, and over two thousand entertainment options during each flight. The luxurious in-flight service through Qatar Airways is what makes their company unique, and worth the price.
thumb_down

Ticket price is a broad category and a hard one to be able to specially discuss. Ticket prices between airlines vary greatly and can be determined by so many different factors. The most obvious factor that affects ticket prices is the destination a customer choosing for their travels. Compared to other large name airline companies, Qatar has somewhat high-ticket prices. Many of their tickets run, on average, higher than other companies in the industry. For example a company like Delta might charge around three thousand dollars for a round-trip ticket to Europe leaving from the United States, and Qatar Airways would charge around four thousand for the same trip. However, there is a reason for Qatar Airways higher ticket prices. This airline focuses on giving their customers a five-star luxurious travel experience, no matter if they are in first class, business or economy. The high standard for their flights reflect the higher ticket prices. Customers can expect to pay a little more on average for their trip, but if the quality of the service is important, the higher cost is worth it with Qatar Airways. Qatar Airways was started in 1993 but had a rough start. They re-launched the company in 1997 and created the five star airlines that is what it is today. Now, Qatar Airways has over one hundred and fifty-eight aircrafts and is still looking to expand the company to more locations and aircrafts across the world. Qatar Airways also has numerous different awards from Skytrax Industry including Aircraft of the Year in both 2011 and 2012, and more recently Airline of the Year for 2015. These awards and the level of service provided through Qatar Airways shows what kind of airline company they have become in the twenty-two years they have been in business.
gavel

We do not recommend Qatar Airways at this time. The reason for this is their limited amount of destinations and their relatively high prices. However, if you are looking to spend extra money and are traveling in the middle-east they may be an excellent selection.
Was this content helpful?
thumb_up Yes thumb_down No
border_color Write a Review

During my flight to India, after everybody had boarded the flight I asked the boarding staff if there was a spot in the Business or First class and she said there was and proceeded to give me a free upgrade. What would have been a tiring 10 hour long flight turned out to be one of the best.

Flying Qatar Airways was very affordable and nice. A very professional staff who took their jobs seriously all while being friendly and accommodating.

Friendly, clean, and punctual. I cant say anything bad about this company. It was a professional and uncomplicated experience that was just right for business trips.

Used this airline for a 32 hour flight and the service was unbeatable. The food was also amazing.