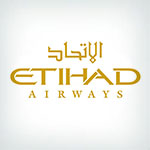 Although Etihad Airways is a popular airline within the Middle Eastern regions of the world, flights to other destinations across the globe are limited and far between one another. Ticket Prices through Etihad Airways are on average cheaper than bigger name airline companies but lack the flexibility of the flight options through these other companies in the airline industry. Flights leaving the United States traveling to the Middle East or other destinations are one of the more limited flight options but can be the cheapest route if a customer is lucky enough to find the dates they are searching for to be active. When compared to other airline companies, the benefit of having cheaper ticket prices is unbeatable to customers but the lack of flexibility for flight options through Etihad Airways puts a restraint on the great pricing benefit they offer. Most airline companies follow the same rules and regulations for allotted luggage per customer. This is because the different countries an airline is traveling to each have different requirements and an airline company must work to meet them all. Etihad Airways also follows these standard regulations and allows customers to have bags that do not exceed a seventy-pound maximum weight. However, a great benefit Etihad Airways provides their customers with is a greater number of carry one items allowed per traveler. These carry-on items are all free of charge to customers and make traveling with Etihad Airways more convenient than other airline companies who put stricter restrictions on carry-on items. In addition, if a customer knows in advance that they will be traveling with more than the allotted amount of luggage, excess baggage can be purchased through several different outlets. Customers can purchase excess baggage tickets online and receive a thirty percent discount on their luggage. They can also redeem miles to pay for the extra room or contact call centers or local offices that will both provide them with a twenty percent discount for excess baggage charges. Like many other airline companies, the boarding process through Etihad Airways is fairly standard. Customers have the ability to check in for their flights online or at an early check-in time at the airport itself. These are both available to customers starting twenty-four hours before a flight and must be completed two hours in advance of a flight. Etihad Airways also has a self-print boarding pass that allows for customers to print their boarding passes wherever is most convenient for them, and to make the boarding process much smoother once at the airport. These features are all standard and present in most airlines across the globe but are important benefits to offer customers. Without these methods, an airline would be left behind in the innovative world we now live in. Along with early and online check-in, Etihad Airways has lounge areas depending on cabin class where passengers can wait for flights in a more comfortable environment. These lounge areas often cost extra or have a required membership status, but most are worth the cost as they provide a more luxurious traveling experience. Like many other airline companies, Etihad Airways offers the standard in-flight services of food and beverages, entertainment, and duty free shopping. The dining experience through Etihad Airways promises to be the best of Arabian hospitality. They even offer specialty meals for passengers who have special dietary requirements, or children who require a different meal than the one planned for the flight. Etihad Airways does request that all special meals be pre-ordered at least twenty-four hours in advance. Etihad Airways also offers many different luxury treatments depending on a customer's cabin class. The in-flight experience through Etihad Airways is unparalleled in comfort and service.

Etihad Airways has many destination locations across the world. Although an exact number of destinations is not listed on the companies website, a list of the countries they travel to is provided with specific cities of each country clearly listed as well for an easy to read experience for customers looking for such information. Etihad Airways travels to and from Africa, Asia-Pacific, Europe, The Americas, and The Middle East. Within the America's Etihad have destinations in Toronto, Canada, Los Angeles, Miami, New York, San Diego and St. Louis. Compared to other airline companies in the industry especially the larger airlines, the number of destinations that an Etihad Airways travel is relatively small. Many airlines have three times as many destination locations that are frequently traveled to and from on a daily basis. However, Etihad Airways is still a newer company that has rapidly grown in the short amount of time they have been in business and they have room and time to expand their services into a bigger airline if that is the direction they wish to go. Comparing daily flight statistics is important for customers to be able to get an idea of how a specific airline company operates in comparison to their competition. Etihad Airways has fairly average statistics and definitely holds their own against bigger name airline companies. For example, Etihad Airways has an eighty-one percent on-time flight statistic, which is generally what other companies in the industry average. This means that most of the flight through Etihad Airways keep to a tight schedule and rarely deviate from the daily flight plan. In addition, the company has zero canceled flights, which is a fantastic statistic for their customers. It should also be noted for any potential Etihad Airways customers that when looking at Etihad Airways twenty most active flight routes, almost all are located in the Middle East. This means that flights to other destinations are fewer and further between. Etihad Airways was started in 2003 and has now only been in business for a short twelve years. While this might seem like a longer amount of time, when compared to other airline companies it is short for the industry. Many airlines, have been in business for hundred of years and have gone through many changes in progressing and growing their companies. Etihad Airways has been in business a short amount of time but has already seen rapid growth and great progress in the airline industry. Etihad, which means Union in Arabic, has grown their company into a progressive airline that is modern and polished for their customers. Etihad Airways has won many awards during their short time in business including Airline of the Year, Best Airline in the Middle East, and Best Airport Staff and Gate Agents by Global Traveler Awards in 2014.

We do not recommend Etihad Airways at this time. As they get more experience and fly to more locations, this recommendation may change. They are a good option for regional flights throughout the middle-east.
Was this content helpful?
thumb_up Yes thumb_down No
border_color Write a Review