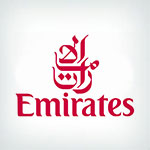 Compare
Compare
Good
Bad
Bottom Line
Reviews
Write a Review
LAST UPDATED: July 18th, 2021
Emirates, the international airline of Dubai, is an extremely successful, fast growing airline. It was established in 1985 after a group of 10 men created a business plan for a new airline. The company first leased two aircraft, a Boeing 737 and an Airbus 300 B4, with a goal to prove quality before quantity. After only three years of operation, Emirates flew to 12 destinations. By the company’s sixth anniversary they had accumulated 23 destinations and were flying 25,000 passengers each week. In 2005, after 20 years in business, the Emirates Group workforce totaled 25,000 people from 124 countries around the world, which was Dubai’s biggest employer. They hired an additional 10,000 employees, cabin crewmembers, to their workforce in 2008. Today the company operates a fleet of over 230 aircraft, a combination of Boeing and Airbus aircraft, making Emirates the largest operator of both the Airbus A380 and Boeing 777; in the financial year of 2013-2014, Emirates had carried 44.5 million passengers and 2.25 million tons of cargo.

One unique feature Emirates offers their passengers is a view from several onboard cameras. Travelers may use their screen to see the pilot's view (forward camera) or look directly below the aircraft (downward camera). Some planes have a third option to see over the aircraft and through the clouds (tail fin camera). Plenty of other amenities are offered through Emirates including a wide selection of movies, TV shows, and music, a lengthy menu of fresh and satisfying meals, and complimentary beverages, and complimentary onboard Wi-Fi availability on most carriers. The awards and recognition Emirates has earned is beyond impressive. It is easy to see that they are committed to their desire to prove high-quality service to their passengers. In 1998, Emirates was voted Best Airline in the World at the OAG (formerly Official Airline Guide) Awards. A survey conducted by Skytrax Research in 2001 surveyed 2.7 million airline passengers and named Emirates Airline of the Year. Skytrax polled 4 million airline passengers the following year and granted the company Airline of the Year once again. More recently, in 2014, Emirates was named the world's Most Valuable Airline Brand. Every Emirates flight earns miles with their frequent flyer program, Emirates Skywards. Yes, every flight-even special offers! Bonus Skywards miles are also given on certain flights, which can be located using Emirates Miles Accelerator feature. Miles earned are calculated using route, fare type, class, and tier. Members increase in tier status after earning a certain amount of reward miles, or after taking a certain number of flights. Benefits vary from tier to tier and get more prestigious as the tiers increase: Blue, Silver, Gold, and Platinum. Miles can also be collected when shopping with Emirates partners who vary depending on location. Popular features and promotions that allow members to receive more miles include receiving a transfer of miles from friends or family, purchasing more miles at a special rate, or referring a friend. Spend Skywards miles on Emirates flights and upgrades anywhere in the network, flights with partner airlines or with Emirates partners in hospitality, car hire, finance, lifestyle and retail. Miles are valid for three years, which allows passengers to spend them regularly or save them up for something extra special. Flight rewards start from 15,000 reward miles, and upgrade rewards start from 7,500 reward miles. Passengers seem to enjoy this frequent flyer program; by Skywards 10th anniversary they served more than five million members!
thumb_down

Emirates was on time with 82% success from May 15, 2015 to July 15, 2015 (according to Flightstats.com). Sure, this percentage could be lower. Still, with punctuality being one of the key factors in determining a reliable airline, the fact that 8% of flights were late and 3% were very late means that one in ten passengers were somewhat delayed. Travelers of today, whether for business or pleasure, do not have the time for late departures.
gavel

There really isn't any bad thing to say about this airline. Still, those two matters become non-issues when compared to the many impressive features and qualities Emirates possesses. It is likely-even probable-that passengers will thoroughly enjoy their Emirates flying experience.
Was this content helpful?
thumb_up Yes thumb_down No
border_color Write a Review