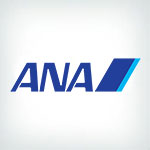 Nippon Airways is a moderately new airline company that has several different airlines under their wing. They specialize in both passenger flights as well as cargo, and have grown quite rapidly into a large airline based out of Japan.

Airline companies often have very competitive rates to ensure that their customers continue to choose their airlines for all of their flight destinations. Companies that have fewer flights are often cheaper in price because they can't offer the same flexibility to their customers as the bigger name companies like Delta or American Airlines. Nippon Airways, however, has about the same ticket prices as these larger companies for all flights going to or from Japan. Price cost in these tickets does not vary much and if often the same between, for example, Delta and Nippon Airways. The biggest difference in ticket prices through Nippon Airways is when a flight is traveling to a destination other than Japan. These ticket prices are often cheaper than other airline companies because they are not as frequent flights. So although Nippon Airways keeps up with their competition for all domestic, Japanese locations, international flights for this airline are not as common. The benefit of this is cheaper tickets when these specific flights are available. The luggage checking process is similar for most airline companies as they all follow the same rules and regulations on baggage items. Nippon Airways is no different and allows the majority of customers up to seventy-pound bags. Of course this is depending on cabin class and flight destination as some countries have different guidelines for luggage to follow. In addition travelers are allowed one carry-on item and one personal item for every flight with Nippon Airways. If a passenger is traveling with excess baggage they can expect to pay a couple hundred dollars on average for the extra items. Nippon Airways has clear, easy to follow charts on their website listing all baggage guidelines and the price travelers can expect to pay for bringing more than their allotted amount. Nippon Airways also offers a benefit to customers by providing excess baggage tickets that can be purchased in advance online for travelers who know they will have more luggage items with them. When comparing Nippon Airways daily flight statistics against other airline companies, they hold up pretty well. Nippon Airways has an on-time flight percentage of eighty-six according to Flightstats.com. This is high, even compared to the larger name airlines. Most companies average somewhere in the eighties if they have a good on-time daily flight statistic, and in the high seventies if their averages are not very good. A percentage in the high eighties shows that Nippon Airways keeps their aircrafts to a tight schedule and does not deviate from their daily paths. This is great news for customers who are looking to fly with their airlines, knowing that on average the majority of their flights stay on schedule. The other thing to note when looking at the daily flight statistics for Nippon Airways is that when looking at an average of their twenty most active routes, not one location is outside of Japan. Although this is not necessarily bad information for customers, it does mean that the majority of their flights stay domestic and international flights are not as frequent for passengers looking for a flight outside of Japan. Like many other airline companies Nippon Airways offers the best possible in-flight services they can. They include dining, entertainment, and duty free shopping on their long duration flights, and comfort with ease for their shorter, domestic flights. As far as dining is concerned, a new meal plan was introduced for the flights departing from Japan at Nippon Airways in 2014. The menu line-up includes meals that were voted for by customers through social media. This was a smart way for the business to make sure that their loyal passengers are getting exactly what they want from their in-flight services. Nippon Airways also offers their customers some free movies, music and games during their trip as well as a complimentary travel pillow and blanket to make the flight as comfortable as possible.

Passenger flights at Nippon Airways follow strict boarding procedures. Though they try to make the process as convenient and comfortable as possible, they do have stricter boarding policies than most other airline companies. Passengers are allowed to check in for their flights using the Nippon Airways website, or at a desk check-in at the airport itself. Following the check-in process, at select Nippon Airways airports customers can wait in luxurious, relaxing lounge areas for their flight to begin boarding. Once a flight is boarding, Nippon Airways allows first elderly passengers on the flight, followed by parents with small children, expectant mothers, passengers who need extra assistance, first-class travelers, business class, and finally economy. This process is followed again for disembarking a flight and is followed every time with Nippon Airways. Although these boarding policies might seem stricter than other airlines companies, the process allows for a quick, easy boarding for all passengers. Nippon Airways flies mainly within Japan for all of their flight destinations. Although recently they have expanded their services to reach much further across the globe. All together the airline has quite a few destination sites they now travel to worldwide. Those locations include, The United States, Canada, Europe, and Asia. Within the United States and Canada, Nippon Airways travels to and from New York, Seattle, San Francisco, Los Angeles, Washington D.C., Chicago, San Jose, Houston, and Honolulu. Compared to other airline companies, specifically the large name airline companies such as Delta and American Airlines, the number of destinations Nippon Airways has outside of Japan, is comparably small. Other airlines travel through much more locations and on a more frequent timetable. However, Nippon Airways is a newer airline company and they have many different airlines under their name, that all hope to expand their destination lists in the near future. Nippon Airways is fairly new to the airline industry, especially when compared to other airlines most of which have been in business for fifty years or more on average. The company was started in 2012 with the mission to create attractive surroundings for customers, continue to be a familiar presence, and to offer dreams and experiences to people around the world. The unique thing about Nippon Airways is that they have several different airlines under their wing, all included in their Nippon Airways title. Their Cargo airline is a more recent start up airline that has helped Nippon Airways expand their airline business into even more avenues in the sky.

ANA is one of my preferred carriers to Asia. They have good connections to almost anywhere in Asia. Planes are very clean, service is polite. Business class can be a bit cramped, check one of the seat ratings to make sure you’ll fit. My 6’2” is a snug fit, but compared to UA, you’ll feel so much more comfortable and appreciated. Things to be careful of.. make sure you check the airport in Tokyo you’re flying to or through. Several of their flights note an airport change with a connection. It can take 4-5 hours to make the trek between airports. Both are quite nice. Yes, you’ll likely get a Japanese culture lesson on checkin, but don’t worry, they will not leave without you. One thing that’s nice, they often have an Econ plus section which is more than just the same old econ seat with 3 more inches of legroom. Many of their flights Econ plus is more like business class from 20 years ago. Wider seats, better service, food. Often well with the smaller upgrade amount than the jump to first and way way better than UA Econ plus. Check the flight details or better yet one of the seat rating sites. ANA is strict when it comes to prices and changes. If you didn’t book direct with ANA, don’t expect much service. They often make you deal with the cheapo site you got the ticket from. ANA is Japan’s largest airline, they have a very new fleet and have been flying since the early 50’s, so disregard whoever said they have been flying for just 2 years,