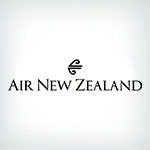 star star star star star
9 User Reviews
Compare
Compare
Good
Bad
Bottom Line
Reviews
Write a Review
LAST UPDATED: February 26th, 2020
Air New Zealand offers great ticket prices and excellent in-flight service options. They have been in business for 75 years and only fly to a small amount of destinations. They also offer a free piece of checked baggage and the chance to choose a specific seat on the airplane.

Air New Zealand only flies to, from, and within New Zealand. This means that tickets can only be compared to other airlines flying to or from New Zealand. When compared on this small scale, Air New Zealand comes out with the best prices on tickets. Their prices are well below some of the top airlines prices to and from New Zealand. Flights within New Zealand were also generally lower with tickets from Air New Zealand. When looking at a flight from New York to New Zealand, Air New Zealand came in hundreds of dollars cheaper than flying Delta, and thousands of dollars cheaper than flying United. Because Air New Zealand focuses on only flights to and from New Zealand, they also had a small amount of flights to choose from when compared to an airline that flies to multiple destinations around the world. Air New Zealand offers 1 free checked bag. Adding additional bags to the already free baggage allowed will cost the passenger a fee that will be greater when paid at the airport and much less when the extra bag is added beforehand with their Prepaid Extra Bags option online. For flights with a United States destination it will cost the following amount for extra bags: • 1st bag: $150 • 2nd bag: $200 • 3rd bag: $300 If the baggage is over the weight limit, the passenger will be charged an extra $150. Air New Zealand had an excellent percentage of on time flights according to Flightstats.com. 86% of their flights were on time, 6% were late, 2% were very late and only 3% were excessively late. In the last month they had 0% that were canceled or diverted. When comparing this to some of the top airlines, it is very competitive. Air New Zealand had 86% on time, this is the same number that Delta received and is very close to Southwest Airlines 87% and better than United's 82%. Air New Zealand also had a large number of their most active flights that were consistently on time. Some of the top flights include: • Auckland to Wellington (94% on time) • Christchurch to Auckland (96% on time) • Auckland to Tokyo (93% on time) • Los Angeles to Auckland (92% on time) The lowest of their most active routes is Rorotonga to Auckland which was only 81% on time. A lot of the most active flights for Air New Zealand were flights from within New Zealand or close by. This gives some insight into the type of travel that Air New Zealand is doing the most, and the type they are probably the most sufficient for. Air New Zealand is fairly competitive with other airlines in terms of their in-flight services. They offer the customary entertainment and food options that are seen on most flights of top airlines. They do not, however, offer the luxury of Wi-Fi or the ability for passengers to use their own devices for entertainment while on board. In terms of services, on Air New Zealand flights, there are several options: • Movies and TV shows • Music, Radio shows and Audio Books • Games • Kids entertainment • Food and drink • Airshow Air New Zealand offers gate-to-gate entertainment, this means that from the moment the passenger takes their seat to the moment they leave their seat, they are in control of their entertainment experience. They can immediately begin their on-demand entertainment system and experience thousands of the top movies, TV shows, and music. Passengers can play games against themselves or others while on board and children have their own selection of age appropriate movies, TV shows, games, and audio books. The Airshow that is available shows the passenger facts such as where they are, the temperature outside, their current speed, and the time to their destination. Air New Zealand also provides passengers with a meal on long haul flights that reflects the fresh, innovative cuisine of New Zealand. The menu becomes more complex with more options as the class size increases, although each class has a number of delicious options to choose from throughout their flight. Air New Zealand offers a number of new entertainment features on their new Air craft 787-9 or the refurbished 777-200 or 777-300. On these flights passengers can message and chat with other members on board the flight without leaving the seat, further plan the trip with destination information and activities, or buy merchandise and wine. Air New Zealand began in 1940, and has been growing for the last 75 years. This is a moderately long amount of time for the airline business. Some of the larger airlines have been around for closer to 90 years, longer than Air New Zealand but not by a significant amount of time. 75 years is still a long amount of time for an airline to have been in business. In 2004, new additions to the fleet made long-haul flights a reality for Air New Zealand. In 2012, they added an aircraft to service their Auckland-Los Angeles-London routes. In 2014, Air New Zealand announced they would be flying direct flights to Singapore. They also relaunched their rewards system as Airpoints Dollars. Customers can use their Airpoints Dollars to book any seat at any time, just like cash. They also teamed with Kiwibank in 2013 to launch the Airpoints earning credit card. Along with their growth, Air New Zealand has won many awards for their services. In 2015, they earned the following three awards from Skytrax World Airline Awards: • World's Best Premium Economy Class • Best Premium Economy Class Airline Seat • Best Premium Economy Class Onboard Catering
thumb_down

On Air New Zealand flights, seats are assigned to passengers at check-in. This helps the boarding process because passengers know exactly where their seat is before entering the plane. However it is not as convenient as pre assigned seating that some airlines offer where passengers know where their specific seat is far in advance and can try to change it before getting to the airport. Air New Zealand does now offer Seat Select which allows passengers to choose from the following options of seats: • Standard seat • Preferred Seat • Exit row seat • Bassinet row seats On most flights, the standard seat selection is free while the other selections cost a fee. Preferred seat also gives the passenger priority boarding privileges. These Seat Select options can make the boarding process very simple for passengers who know right where they are seated and are happy with the choice. The check-in process for Air New Zealand is similar to most airlines. On international flights, passengers need to arrive to check-in at least 90 minutes before departure time. However, on any flight to or from the U.S. check-in needs to be done at least 2 hours before departure time. When traveling from Auckland, Wellington, Christchurch, Queenstown, Sydney, Melbourne, Brisbane, and London check-in can be done from self-service kiosks. Otherwise check-in can be completed at the counter. For domestic flights, check-in needs to be done 60 minutes before departure. Check-in can also be completed online within the 24 hours before the flight. Online check-in can be done on a computer or mobile device. Air New Zealand serves 49 locations, 22 of them are domestic and 27 are international. Air New Zealand flies to 15 different countries and are adding new destinations as they continue to grow. One of their new destinations coming soon is a flight from Auckland to Houston, Texas. Serving only 49 destinations in 15 countries makes Air New Zealand a small airline when compared to others. A number of the other top airlines serve over 300 destinations in many more countries than Air New Zealand. Because Air New Zealand has low priced tickets, it would be a great option for the destinations they serve, however because they have few destinations, they would not be able to transport from a large number of airports around the world.
gavel

If you are flying to New Zealand, Air New Zealand is an excellent choice. They have affordable ticket prices, 1 free checked bag, and a ton of experience in the airline industry. However, because they only fly to New Zealand we do not recommended them as a top airline company at this time.
Was this content helpful?
thumb_up Yes thumb_down No
border_color Write a Review

I used Air New Zealand on my trip to London last year. It is a fabulous airline! The food and service were great. it was very comfortable for a trans-atlantic flight. I had the bidget seats and they fairly comfortable. The upgraded seats looked really nice and next time I will upgrade to one of those for a long flight. I would definitely fly with New Zealand Air again.

I recently flew Air New Zealand from SLC to London and I actually really enjoyed it. Every seat had its own tv with a lot of shows and movies to keep you entertained. The food on the flight was pretty good, not the best but still pretty good for airline food. I would definitely fly Air New Zealand again.

My grandma likes to take trips out of the United States and this is one of the airlines she liked the most. She said that the flight was nice and smooth and the pilot was very nice and welcoming.

Air New Zealand is one of the best airlines out there. They have incredibly good prices and their service is wonderful. I flew to Christchurch in 2019, throughout the 13 hour flight the flight attendents were always availble, friendly, and able to get you what you need. An added bonus, prices are usually pretty cheap.

I had the longest flights of my life on Air New Zealand. The seats were very comfortable and the leg room was good which is especially important on long flights. On my flight back to the US there were lots of empty seats and the flight crew let us lay down across several seats!

I flew on air New New Zealand on my trip to London and Paris. I was a little nervous because I’m not a fan of flying and didn’t know much about this company but their prices were very reasonable. I ended up having a great experience flying with New Zealand air and would highly recommend them to anybody

Great service and travel time when using Air NZ considering all the time you spend on the flight trying to travel from America to the Pacific Islands. The planes are comfortable enough and service is friendly.

good service, fly on time, and when on board they still have tea, coffee, snacks an movies at no extra cost, old school. :)

I took a flight on Air New Zealand between islands and we had the funniest flight attendant. I don't know if they are all like that, but it made the flight enjoyable.