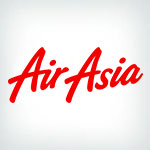 star star star star star_border
5 User Reviews
Compare
Compare
Good
Bad
Bottom Line
Reviews
Write a Review
LAST UPDATED: October 17th, 2019
AirAsia is a low-cost airline that has been around for 14 years. They don’t offer many of the standard amenities that other airlines do though they have much cheaper ticket prices. They only fly around Asia and Australia but have over 100 destinations in that area.

AirAsia is a low fare airline. They offer cheap ticket prices for flights around Asia and Australia. When compared to other airlines, AirAsia is generally the lowest priced ticket available. They are also the lowest priced by a large margin. In addition to their low prices, AirAsia offers many promotions such as daily and weekly cheap ticket deals. AirAsia guarantees that they will be the lowest priced ticket available for flights around Asia and Australia. Their tickets are the lowest, however they also charge more for things that come free on other airlines such as checked baggage and certain in-flight services. Boarding on AirAsia is made easier by the option to choose a seat. While purchasing a ticket, passengers are allowed to view the plane and choose the seat that would suit them best. If the passenger chooses not to pick a seat, the airline will still assign one for them so that the boarding process is smooth as each person knows where to sit on the plane before boarding. The seat that was chosen can still be changed during the check-in process. AirAsia offers multiple ways to check-in to their flights. They offer online or mobile check-in. Some of the details include: One of the best advantages to using this form of check-in is avoiding the fee of the counter. When passengers choose to check-in at the counter at the airport, they are charged a fee. The counter opens two hours before departure and closes 45 minutes before on domestic flights. They are open three hours before and close one hour before departure on international flights. Though these times may be different at different airports. AirAsia offers many of the in-flight services commonly found on all airlines. Some of the details include: • Meals: On flights longer than 75 minutes, AirAsia serves a variety of meals and beverages. Passengers have the choice between Asian, Western, or vegetarian cuisine, there are spicy options, hot or cold options and many others to satisfy everyone's taste buds. Specific menus can be viewed on the AirAsia website based on the specific flight. On flights less than 75 minutes, snacks are served instead although passengers can purchase a hot meal online before their flight if they would like. Because AirAsia is a low fare airline, their meals are only free to first class passengers and must be purchased by other passengers wanting a hot meal. • Seating: AirAsia allows passengers to choose their own seat before the flight if they wish. If not, a seat will still be assigned to them before the flight begins. When picking their own seat, passengers can view the seats that have extra leg room, are by a window or isle, or near the exit. In first-class, there is also the flatbed option. This is a seat that fully reclines into a bed and is equipped with an outlet, reading light, side table and adjustable head and foot rests. • Entertainment: AirAsia flights to and from Australia now offer a new form of entertainment. Each passenger will receive a Galaxy Tab10.1 for their entertaining purposes. Each device will be fully charged and come with a set of headphones. Loaded on the tablet will be all the top movies, TV shows and music as well as a number of games for passengers of all ages to enjoy. • Duty Free Shopping: AirAsia offers their own duty free catalog for passengers to shop from and plan out all their gifts and souvenirs. AirAsia offers many of the standard in-flight services of other airlines however they do not offer any above and beyond services such as Wi-Fi. AirAsia began in the wake of 9/11 in 2001 in one of the toughest times for aviation. Through their hard work and guaranteed low prices they have grown into a company that can testify of the results from great innovation, passion, teamwork, and well-executed ideas. The 14 years that AirAsia has been in business makes them a very new company to the airline business. A number of airlines have been around for over 80 years. They are the seasoned companies and when compared to them, AirAsia is very new. They are still growing with the industry. AirAsia has won a number of awards including Skytrax's "World's Best Low-Cost Airline" for seven years running. AirAsia makes the promise that with their now prices, "Now everyone can fly".

AirAsia has certain size requirements for all checked baggage. As for the prices of checked bags, it depends on the departure and arrival locations of the flight. Some flights offer free checked bags and others do not. Most of the economy priced tickets do charge for checked baggage and upper classes have some free baggage available. There is also the option to pay more money for a larger size bag available. Passengers can pay for their checked baggage online for a discounted rate or at the airport for the standard rate. The AirAsia website allows passengers to view how much their flight charges for checked bags along with all other fees associated with the flight. AirAsia has over 100 destinations in both Asia and Australia. Looking at this portion of the world, AirAsia does fly to many destinations and could be considered a large airline. However when looking at the entire world, AirAsia is a relatively small airline. Many of the larger airlines have over 300 destinations and fly to the entire world, whereas AirAsia focuses on Asia and Australia destinations. They have many different destinations in their area though and offer some of the more popular locations such as: • Singapore • Hong Kong • Bali • Sydney • Tokyo • Melbourne • Phuket • Bangalore These are just a few of the many destinations offered by AirAsia. AirAsia's on time performance is slightly below what the average top airline is. They have 74% of their flights on time. When this is compared to other airlines with on time flights of around 80% or higher, AirAsia is shown to be not as consistent as they are with being on time. AirAsia flights are late 12% of the time, very late 5% of the time and excessive 7% of the time. When looking at their most active routes which includes both international and domestic, the majority of them received low ratings. The ratings are out of five stars and look at their on-time percentage, as well as how often they are delayed or canceled. Their top three flights are as follows: • Kuala Lumpur to Sibu (2.5 stars, 71% on time) • Kuala Lumpur to Singapore (2.5 stars, 68% on time) • Kuala Lumpur to Phuket (2.5 stars, 67% on time) The top flights of AirAsia all only received 2.5 stars, there are no higher rated in their most active flights. Many other airlines have flights receiving high 4 stars or even 5 stars. This shows that AirAsia daily flights are much less reliable. Their lowest rated flight is Langkawi to Kuala Lumpur which received 1.1 stars and was only on time 62% of the time.

We do not recommend AirAsia at this time. They do not fly to enough destinations for us to fully recommend them as a top airline.
Was this content helpful?
thumb_up Yes thumb_down No
border_color Write a Review

AMAZING SERVICE THERE!! the people were so kind and welcoming. They were so willing to help us. the food was also amazing and I enjoyed most of my ride there. There was some awesome entertainment, and I was just overall relaxed. Great experience.

Probably the most appealing thing about this airline is the themed colors inside the plane. I bought a magnet while I was in the plane and it’s pretty cool. I bought some for my friends too. I considered buying the little plush airplanes. The attendants were really nice. Good thing my plane didn’t crash into the ocean.

I flew AirAsia with a large group and it was pretty easy to book flights for the group. However, the employees often seemed confused/uninformed and printing tickets/check-in was a bit of a hassle.

We traveled to VietNam and Thailand this year and traveled with AirAsia. The flights were comfortable and the flight attendants were very kind. The

AirAsia was great! I was on a very very long flight on AirAsia and it all went great.