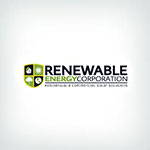 Claim this Profile
error This company may not service all states.

error This company may not service all states.

Founded in Maryland, Renewable Energy Corporation has grown to become one of the largest residential solar companies in the Mid-Atlantic region. Renewable Energy Corporation claims to be a leader in the installation of solar water heaters, PV panels and other solar accessories and are listed in the Maryland Green Registry. According to their website, the number of solar systems that they have installed has offset more than 93,500 pounds of coal from being burned and 165,000 pounds of carbon dioxide released into the atmosphere.

Renewable Energy Corporation has developed a series of partnerships in the solar-technology industry and the energy sector as a whole in order to provide their customers with the most current energy products on the market. Among these partnerships is: SolarWorld, Enphase Energy, UNIRAC, The Coalition For American Solar Manufacturing. Kingspan Solar, POWER-SAVE, BROAN and EnviroBuilt Systems.

Renewable Energy Corporation has been in the industry for several years. They have completed hundreds of installs in the Mid-Atlantic area and have developed the reputation of being one of the largest residential solar installers in that region. We can agree that Renewable Energy Corporation is well versed when it comes to inspecting, designing and installing a solar system to vut their consumers energy costs.

Renewable Energy Corporation is affiliated with an array of associates and organizations that are advocates for the clean energy movement. This demonstrates their commitment to reducing carbon emissions and developing and distributing renewable energy equipment. Some of their affiliations include: The United States Green Building Council, The American Solar Energy Society, The Maryland Green Registry and The Building Trades Association.

Online monitoring is quickly becoming an industry standard and for good reason. This empowers customers to track their system's energy generation and consumption. It is unclear whether Renewable Energy Corporation offers this service.

Many solar-panel companies will offer their customers an energy-production guarantee. This offers customers peace-of-mind in knowing the minimum amount of energy that they can expect to be produced on a monthly basis. This will often times include a price-lock guarantee as well. Renewable Energy Corporation doesn't provide this information to us.

Renewable Energy Corporation has several years of experience in both commercial and residential solar and has completed hundreds of installations. The company has formed important partnerships which enables them to provide their clients with the best in home-solar technologies. This helps clients to reduce their carbon footprint and cut electrical costs. They are also affiliated with many pro-green organizations which reinforces their commitment toward sustainable energy options. However, the company itself lacks a level of transparency that can help to educate and inform potential customers that can empower them to make informed decisions. There are also several features and benefits that Renewable Energy Corporation does not provide which many of their competitors do, including online monitoring, a monitoring app and a price-lock guarantee. It could be that they do offer these services, but since that information is not provided on their website, it is unlikely. If you live in Maryland, this company is a viable choice. But if you require all of the information upfront before ever reaching out to the company, Renewable Energy Corporation is not for you.

This is a very professional and knowledgeable company. Chris was an amazing salesman informing us in a very candid and honest way all the information related to renewable energy. We cannot no more that highly praise them.

Don't even think about doing this! We regret it deeply. I did a cost analysis on this based on the promise of SREC's and Panel rebates. The value of these was $8,294. I tried to find out about the SREC's and was told they would only speak to my husband. Despite my signing the contract and being the one to pay for it. After months of back and forth he finds out that we will not be getting our SREC's, nor will we be getting the Panel rebates. So we are losing $8,294. There is also the issue that we were told that our energy savings would amount to $1170 a year. It appears that we may not produce enough energy to save about 2/3 or $780 in a year. We had hoped to recover our costs in 12.5 years, but with the loss of the SREC's and solar panel rebate and the underperformance of these panels it will be more like 30 years. The panels are only expected to last 25 years. A loss. Not to mention the headaches of not getting one honest answer in the last 4+ months of dealing with this company. Update on my dealings with this company. I have repeatedly asked for the boss. Stefanie Leone refuses to allow me to speak with the boss. I called the salesman Patrick, he will not call back or have the boss return my calls. Our contract clearly states they are to complete all paperwork for the panel credits and SREC's. They have refused to do so. Not only that but Stefanie outright lied and said we were not entitled to receive either of them. Once the BBB got involved, she was forced to admit we were entitled but flat out REFUSED to process the paperwork or give us the information so that we could attempt to process it. We have repeatedly ask to speak with the boss or owner, Stefanie has refused to allow us to do so. It is a small office, and she is always the one to answer the phone. I also tried to call the salesman to try to speak to the boss that way, Patrick has ignored our pleas for assistance. I am now filing a criminal complaint with the Attorney General for Delaware in their Consumer Protection Unit. DO NOT EVER DO BUSINESS WITH THIS COMPANY. Latest update: This company finally responded to the BBB. Their claim was that they were not required to file the paperwork for the SREC and solar panel credits we were entitled to. This is not true as the contract clearly states they are to complete ALL PAPERWORK. In addition they claimed that they did fill out the paperwork for these credits and sent them to me several times. Another lie. This paperwork should be sent to DNREC first of all, secondly if it had been sent to me I would have sent it into DNREC. Of course they have not produced any copies of this paperwork they supposedly completed and sent to me, because they never did complete the paperwork. I have asked the BBB to attempt to get copies of this paperwork that they claimed they filled out. This can easily be checked with DNREC. If Renewable Energy had completed the paperwork as they claim they would be on the approved list of Solar panel installers, they are not. In addition we are having trouble with this system. The issue should be covered by warranty and fixed, we have yet to have that addressed by this company.